Published by Emma Lee-Potter in on Wednesday 23rd September 2015 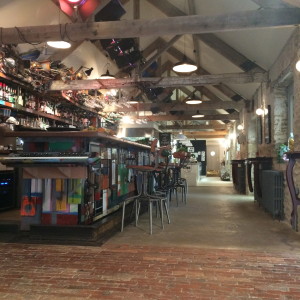 I’ve never seen a Twilight movie but I do like the sound of Robert Pattinson.

In an interview with Ben Machell in The Times this week R-Patz comes across as unassuming, modest and – yes, refreshingly normal.

But the detail that convinced me that he must be a lovely human being was his admission that he and most of his family are all “terrible at getting a barman’s attention.”

“With the exception of my mum, who is completely fearless, we’ll just stand there for hour after hour getting more and more furious,” he said, “but the anger is never enough to make you raise your voice.”

He isn’t the only one who can’t get served. I’m completely hopeless. A lot of it is to do with being short but I have to queue at the bar for ages. In fact bar staff will merrily serve the entire place without spotting me. Even if I wave a £10 or £20 note under their nose it seems like I’m invisible.

These days, I ask my children to do the ordering for me (they’re grown up, I hasten to add). It helps that my son is 6ft 4 but even my daughter, who’s only a bit taller than me, gets served in a trice. They’ve both worked in bars and they’ve patiently explained that bar staff work their way from one end to the other and back again but I’m not at all convinced.

Glass of Pinot Grigio anyone?