The kindness of strangers: Part 4

Published by Emma Lee-Potter in on Sunday 22nd January 2017 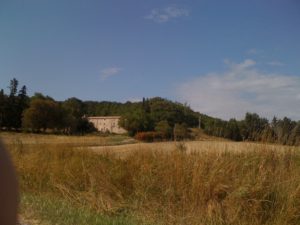 Buying a tumbledown farmhouse in the south of France is probably the most impulsive thing I’ve ever done and even though I sold it two years ago it continues to hold a place in my heart.

Every time I think about waking up to that stunning view of La Roche Colombe or drinks under the plane tree with friends the years roll back and I’ve fallen under its spell again.

We filled the house with extraneous furniture, pictures and china, including two battered yellow Chesterfield sofas from my mother’s old flat in Notting Hill. The sofas had definitely seen better days and no one else wanted them but I figured they’d look great at the House With No Name. And so it proved. They survived months in a storage depot, a Channel crossing and a 1,000-mile journey to La Drôme and looked brilliant in our pretty first floor sitting room. Their sunny yellow hue fitted the gorgeous climate and landscape perfectly. 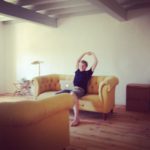 When the house was sold the new owners were keen for us to leave some of our furniture, including the scruffy yellow sofas – so that’s what we did. I didn’t give them a second thought till two weeks ago when A, the German architect who bought the house, texted to say his four-year-old daughter had found a gold wedding ring buried in the back of one of the sofas. They’d asked all their friends but no one had lost a wedding ring. Could it belong to us? If so, he would send it back.

Well, yes, it could. And he did. The ring belonged to my mother, who lost several wedding rings over the years. She always took her jewellery off when she was typing or cooking and had a habit of leaving rings and bracelets in heaps all over the place. It seemed extraordinary that her ring had survived a long trip to the south of France and stayed embedded in the sofa for more than 13 years but it had. It was a bit like the story in yesterday’s Times, which reported how a woman lost her wedding ring 20 years ago while she was weeding – and her husband found it in the same patch of soil this week.

So in a turbulent month and with an uncertain future for us all, it’s uplifting to have another example of the kindness of strangers. A and his family aren’t exactly strangers I suppose but I’ve never met them. A big merci to them all.

PS: The kindness of strangers Part 3 is here.