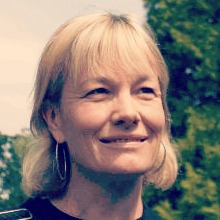 I’m a journalist and writer. I write about news, education, books, family and everything in between.

I started my career as a Mirror Group Newspapers trainee in a very unglamorous Portakabin in Plymouth and since then have worked for a whole host of publications, including the Evening Standard, Sunday Express, The Times, The Week, The Guardian, The Independent, New Statesman, Marie Claire and Woman’s Own.

I’ve interviewed Richard Branson 40 thousand feet above the Atlantic on Virgin’s first flight to Miami and sat in a Bedouin tent in the middle of the Saudi desert with Prince Charles and Princess Diana. I’ve driven across the equator in a Land Rover, was a 2011 Costa Book Awards judge and was one of the first UK journalists to review JK Rowling’s A Casual Vacancy.

My blog is named after the tumbledown farmhouse in the South of France where we once lived – alias the House With No Name (because it really doesn’t have one!)