Why do teenagers go to bed so late?

Published by Emma Lee-Potter in on Tuesday 14th May 2013 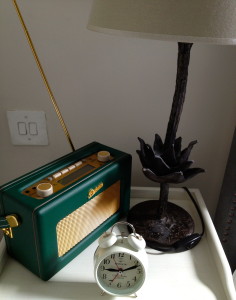 A new study has shown that sleep deprivation is a hidden factor in lowering children’s achievement at school. According to research conducted by Boston College in Massachusetts, 73 per cent of nine and ten-year-olds in the US are sleep deprived while a staggering 80 per cent of 13 and 14-year-olds don’t get enough sleep at night.

All I can say is that even though the research is alarming it doesn’t surprise me in the least.

When I interviewed the head of a Wiltshire secondary school a few years back he told me that teenagers were so busy texting, emailing and downloading films into the early hours that they were frequently too tired to concentrate at school the next day. And parents were usually oblivious to what was going on. They’d send their children up to bed at a reasonable time but had no idea that they were staying up till all hours on Facebook, the Xbox and watching films.

He recalled questioning one boy about how much sleep he’d had and was astonished to hear that he downloaded two films to watch every night and rarely went to sleep before 1am.

“It’s about lifestyle,” he told me. “The trouble is that adolescent sleep patterns have changed with text messages, emails and downloads. Parents need to be aware of this teenage bedroom sub-culture and make sure children are getting enough sleep.”

Wise words. The only problem is that it’s easier said than done. Short of banning computers from bedrooms (tricky as teenagers get older and need to study for exams), switching off the internet at night and camping outside their rooms I can’t think how parents can make their children go to sleep. And I’m a fine one to talk. I couldn’t even get my daughter to sleep when she was a baby…