Published by Emma Lee-Potter in on Wednesday 29th July 2015 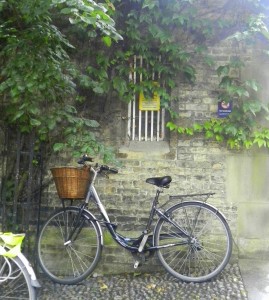 University open days are part of the academic calendar. Every university worth its salt throws its doors open at this time of year, giving teenagers the chance to tour the campus, meet students and teaching staff and ‘find out what it’s really like to live and study there.’ They admittedly leave out the non-stop drinking, rowdy all-night parties and wall-to-wall daytime TV.

When I applied to university countless years ago I more or less stuck a pin in the map and hoped for the best. It meant that when I pitched up in the city of York the following September I had no idea where the campus was, let alone what student life would be like.

But today’s teens are far more clued up. They’re bombarded with university leaflets and letters, spend hours on the UCAS website and get invited to open days the length and breadth of the country.

Open days are a weird phenomenon. Unless your child has banned you outright from accompanying them they involve parents and teenagers setting off at dawn clutching hastily downloaded Google maps and brochures explaining why they should pay a hefty £9,000 a year for the privilege of going to university.

Teenagers and parents are rarely spotted in public together so it’s bizarre to see thousands of 17 and 18-year-olds trailing round campuses with their middle-aged mums and dads.

Some teens look dead embarrassed to be seen out with their parents and trail behind, trying to pretend they’re nothing whatsoever to do with them.

Others are clearly livid that their parents have muscled in on the trip, especially when they insist on taking charge, bellow bossy instructions at the tops of their voices and boast about their children’s dazzling GCSE grades. Even worse, we insist on asking excruciating questions. This usually results in our sons and daughters clamping their headphones firmly to their ears and refusing to show a glimmer of interest in anything.

The visits vary in quality too. Some universities know they’ll get hordes of  eager applicants so don’t have to try very hard. Academics in dusty tweed jackets quote statistics like “we get 1,000 applicants for fewer than 100 places” and put teenagers off continuing their studies before they’ve got round to downloading their application forms.

Other institutions are a bit more needy and offer a slap-up lunch, guest lectures, science demonstrations and even going home presents, just like the best birthday parties. On his travels around the country my son collected multi-coloured Frisbees, pens, Rubik’s cubes and diaries galore – all proudly branded with university logos.

Some open days are so exhausting that a quick snooze halfway round the tour wouldn’t go amiss. When I went to Loughborough with my son, we were escorted on to a coach the instant we arrived and treated to a rainy-day tour of the vast campus. The trouble was that it went on for hours, showing every nook and cranny of the university. We couldn’t escape because we had absolutely no idea where we were.

Another problem is that once you’ve visited three or four universities, they all blur into one. My son and I were so open day weary by the end of it all that we couldn’t for the life of us remember which university boasted 22 Nobel Prize winners among its alumni and staff, which had a library with four million books and which served coffee that tasted like old socks.

Most universities take their lives in their hands and offer a tour of students’ accommodation along the way too. Students can earn a quick bob or two by allowing visitors to see their rooms (anything from a few pounds to an Amazon voucher) so there’s no shortage of volunteers.

It doesn’t always go according to plan though. One tour guide unlocked a door with a flourish and told us: ‘This is one of the more expensive en-suite rooms in the block.’

Her face fell as we surveyed the place. It looked like a scene out of The Young Ones – dirty plates and glasses all over the floor, washing strewn everywhere, an unmade bed and the stench of (illegal) cigarette smoke in the air.

The parents took one look and scuttled out as fast as possible, making a mental note to dissuade their children from applying there.

The teenagers on the other hand were impressed. “I told you my bedroom wasn’t messy,” whispered my son, making a mental note to apply when he got home.