Published by Emma Lee-Potter in on Thursday 28th July 2016 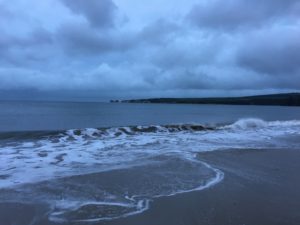 I do like the sound of Emily Sheffield, who as well as being the deputy editor of Vogue is Sam Cam’s sister.

Like her, I’m still raging at the Brexit vote and am delighted that she’s written a column in The Spectator about the aftermath of the foolhardy decision taken by the electorate on June 24. My son is so appalled at the prospect of leaving the EU that virtually every family mealtime is dominated by his referendum wrath.

I love the fact that Emily Sheffield writes about Michael Gove’s ambition and her own urge to throw eggs at the door of former Number 10 guru Steve Hilton, who backed the leave campaign.

But the main thrust of her piece is a staunch defence of David Cameron. “To the media and the electorate he was the Prime Minister,” she writes. “To me, he was also my sister’s husband, who loved and protected her through truly terrible times. I saw him weep over the body of his son, my nephew. A brother-in-law who didn’t send me remonstrations the day my Instagram of his bare feet made national news, but instead a very funny text. Who has been endlessly generous, whose natural prerogative is to seek out the positive; who far from chillaxing (that ridiculous jibe) is an intensely hardworking, dedicated politician, a moderniser. Who will forgive his friends even as I beg him not to.”

I’ve never been a Cameron fan in the past but after reading his sister-in-law’s article I like him an awful lot more. In a few short words Emily Sheffield paints a picture of a kind-hearted, supportive man who has seen his family through a devastating loss and kept fighting on all fronts.

PS The summer is here at last and for once I’m glad we haven’t booked a holiday this year. As I take my regular strolls along Studland Beach in Dorset (above) I can’t think of a place that I’d rather be.