Published by Emma Lee-Potter in on Friday 3rd August 2018 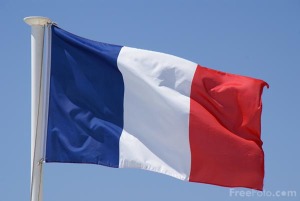 I like Brigitte Macron. She’s smart, chic and looks like she’d be fun to spend time with. She literally hasn’t put a foot wrong since she moved to the Elysée Palace – a point highlighted by her radical new approach to work meetings.

Instead of holding interminable meetings around a boring conference table Mme Macron has introduced the concept of walkabout meetings. With staff from her office at her side, she apparently heads into the streets of Paris virtually every day. As she strides along the pavements, she discusses diary commitments and causes she’s keen to support, her aides making notes on their phones as they scurry along. People chat to her en passant so the walks give her the chance to gauge the mood of the nation and hear disparate views at the same time.

Why don’t we all emulate the idea? As a freelance journalist I spend far too much time at my desk so in recent months I’ve made an effort to walk into town every day to buy the papers, get some much-needed fresh air and give myself time to think. I’ve admittedly become obsessed with the number of steps I do each day, assuming that striding along the downs near my house would easily add up to the requisite 10,000. It’s slightly galling to discover that despite the impossibly steep gradient on the way back I’m still hard-pressed to top 4,000 – whereas on the days I work in London I easily manage 15,000. What would Mme Macron do, I wonder? Maybe I should move back to the city.

One of my favourite jobs as a freelance journalist is reviewing children’s books. And what a treat it is too. An avid reader as a child (I used to spend my two shillings pocket money on a brand-new Enid Blyton book every week), I still love the thrill of discovering a wonderful new children’s author. My latest find, by the way, is Sophy Henn, whose latest book, Older Not Wiser, is the story of Bad Nana, a grandma who causes havoc wherever she goes. As I wrote in my recent Daily Express review: “Bad Nana is an irrepressible character, with jet-black hair, enormous sparkly glasses and a gigantic handbag, and this stunning book, illustrated in zingy pink and green, is a delight from start to finish.”

Even so, the appeal of Enid Blyton never fades – so I wasn’t surprised to discover that a new survey of readers of all ages has found that her Famous Five stories, which celebrated their 75th anniversary last year, topped the list of the most popular titles. Classics dominated, with other titles including The Lion, the Witch and the Wardrobe by C.S. Lewis, Roald Dahl’s The BFG and Matilda, Frances Hodgson Burnett’s The Secret Garden and The Hobbit by JRR Tolkien.

Sadly, my all-time favourite, The Swish of the Curtain by Pamela Brown didn’t make the cut. But on the upside the enterprising Pushkin Press has just published a brand-new edition. I’ve read it from cover to cover and it’s just as enthralling all these years later.

From Boris Johnson’s departure as foreign secretary to Theresa May’s “Brexit-fuelled afternoon from hell”, Telegraph political editor Gordon Rayner wrote a fascinating account of the turmoil at Westminster the other week. But his comments on Donald Trump’s upturned chin at his press conference with Theresa May caught my eye. Rayner declared that the chin-up pose was borrowed from Mussolini but I disagree. In our image-obsessed age, I reckon he thrusts his chin forward because he wants to hide his jowly jawline, even out his wrinkles and add what photographers call “facial definition”. Does he succeed? Er, maybe not.

PS. This is the first of my Friday columns., If you’ve enjoyed it, there’ll be another next week. See you here – same time, same place.