An extract from White Christmas

Published by Emma Lee-Potter in on Wednesday 14th November 2012 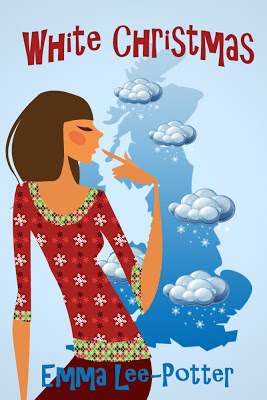 Hal Benson smoothed his crumpled charcoal jacket, adjusted the livid pink tie he’d borrowed from a friend and cleared his throat noisily. His mouth was dry and he’d started to sweat under the bright studio lights. He couldn’t for the life of him work out why he was so nervous. For goodness sake, he’d performed in front of thousands of people before. He’d played Macduff at Stratford-upon-Avon without batting an eyelid, and had even appeared in a Tom Cruise movie once. It had only been a tiny part, admittedly, and his five seconds of fame had ended up on the cutting room floor, but all the same, he was a professional actor. And this, well this was just play-acting.

In eight years of acting, Hal had never worked anywhere as garish as this place. He half-wished he’d brought a pair of sunglasses with him. The whole studio was painted in an acid yellow, with a giant black clock on the main wall and a vast red curved sofa in front of it. There was a Christmas tree in one corner, covered in red and yellow baubles, and a life-sized model of Father Christmas in the other. Red and yellow were clearly the TV station’s signature colours.

At that moment a young studio manager with a bulky pair of headphones clamped to her ears took him by the arm. She guided him to the left-hand side of the sofa and instructed him to stand in front of a translucent screen.

‘You’ll see a faint image of the graphics appear,’ she told Hal. ‘The image will give you an idea of where to point and you can use the remote clicker we’ve given you to move on to the next graphic. Is that clear?’

As clear as mud, thought Hal, but he nodded brightly and said ‘sure…’

That’s a short extract from my festive new ebook, White Christmas. If you’d like to read more, you can download the novella on Amazon. Let me know what you think…