Working the night shift – and memories of Fleet Street

Published by Emma Lee-Potter in on Sunday 9th October 2011 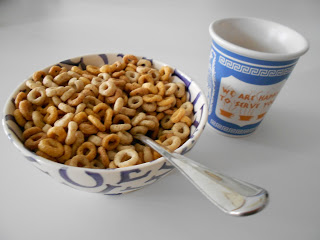 On Saturday and Sunday mornings I wake in the grey light of dawn, fretting that my student daughter has got home to her flat all right. She’s working weekends in a chic Shoreditch bar from seven pm till six am and I can’t help worrying. Actually, I didn’t even realise bars stayed open till six, but then again I don’t think I’ve been inside one since about 2002.

The upside of the job is that by the time she’s finished serving drinks, stacking glasses and clearing up, it’s daylight and she’s on her way home. The downside is that she misses half the weekend because she’s asleep.

Nurses, doctors, security guards, DJs (a big shout-out to Radio 2’s lovely Alex Lester – the only person capable of making listeners laugh at three am) all know what it’s like to work through the night. A friend of mine who worked for breakfast TV said her body clock got so mixed up that she found it difficult to eat. The answer, she found, was to live on cereal – the only food she could face eating at any time of the day or night.

Years ago I used to work night shifts as a young news reporter on the Evening Standard. For one week every three months I’d pitch up at midnight and toil till eight in the morning, manning the news desk phones, commissioning copy from foreign correspondents across the globe and sifting through the morning papers in search of stories to follow up for the first edition.

One of the worst tasks was having to ring some poor hapless reporter when a story broke unexpectedly at two am and telling them to get out of bed and drive to the other end of the country – er, like, NOW. It could be an apocryphal tale but a night reporter once answered the phone in the early hours to find a drunken hack at the other end. “I’m in a hotel overlooking a river – but I don’t know where I am,” he garbled. Slowly and patiently, the night reporter embarked on the tricky task of helping him work out where the hell he was. And more to the point, why.

The best part of doing nights was the moment the bright-eyed day staff arrived for their shifts and I could run down the office stairs, out of the door and jump straight on the bus back to Battersea. Those days are long gone now, but even today, just smelling stale coffee in a Thermos flask or strolling past the posh offices that were once home to Fleet Street’s finest, takes me back to those far-flung times.