Published by Emma Lee-Potter in on Sunday 31st March 2013 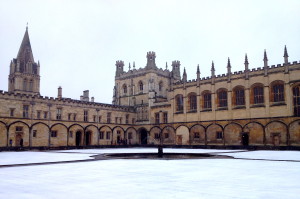 Teenagers and coats are still a mystery to me. My daughter used to head to the bus stop on the coldest, wettest days without a coat, insisting she didn’t feel cold at all. My son soon followed suit, setting off for school in a shirt and jeans in the depths of winter.

But now he’s older (18) and wiser I thought he’d been converted to the idea of coats. Except he arrived home from university last week without the lovely warm Superdry coat I bought him a while back.

“It’s fine,” he said airily. “Not cold in the slightest.” Actually, it was zero degrees, snow was on the way and he was off out for the evening. Which considering his favourite haunt stays open till three am meant that he’d be walking home in the early hours.

He’s six foot four now and very stubborn, so I knew I couldn’t force him to wear a coat. But I couldn’t help worrying, especially when I headed home from Oxford in the early evening and realised it was so cold I couldn’t feel my fingers, let alone my toes.

I rang my son and discovered he’d already left home with two pals.

“Oh no,” I wailed. “It’s freezing. You’re going to get hypothermia without a coat.”

Hmmm. I wasn’t sure I believed him.

“And if you don’t believe me, I’m on the bus into Oxford now so you’ll be able to see. Look out for a red double-decker.”

A likely story, I thought, but even so I watched out for the bus.

And then suddenly, there it was. As the number 2 bus approached in the gloom, I spotted three familiar figures waving wildly from the front window of the top deck. The whole window was lit up like a giant TV screen and guess what? As the bus went past my son stood up with a huge grin on his face and pointed at his outfit. And yes, he was wearing his dad’s sheepskin-lined leather jacket. He was warm!