Published by Emma Lee-Potter in on Saturday 30th April 2011 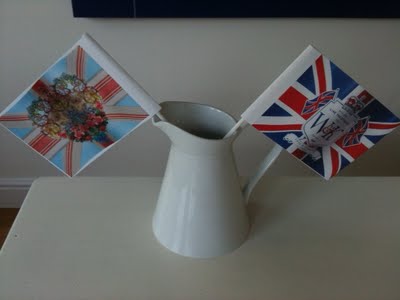 From The Times’s wrap-around picture of the newly-weds in Prince Charles’s dashing sports car to the Daily Telegraph’s shot of the first (or was it second) balcony kiss, the newspapers did us proud today. I’m not sure what the Independent was playing at with Tracey Emin’s dreadful sketch of the bride and groom on its front page but we’ll gloss over that one.

Newspapers come in for an awful lot of stick these days but when it comes to covering massive events with style and panache they’re pretty impressive. Even more so considering the huge number of finely-honed words– “history’s first draft,” as American writer Geoffrey Ward so neatly put it – they produce in double-quick time. Today’s papers contain details of the best-dressed, the worst-dressed (no contest there), the canapés, the crowds, the street parties – everything we could possibly want to know about the royal wedding, and a lot more besides. Some papers even got professional lip-readers to decipher what the royals said to each other while others relayed the wittiest tweets of the day. “Do not even think of letting Fearne Cotton into the Palace,” was my favourite, from the brilliant @Queen_UK, while @VanityFair reckoned “This is probably the only time that the Archbishop of Canterbury’s hat has felt inadequate.”

The pressure to encapsulate the occasion in a few salient paragraphs, then file them to the office before your deadline, is one I remember only too well. Working for the Evening Standard, I was one of the reporters invited into Westminster Abbey for Andrew and Fergie’s wedding. The only trouble was that we were seated so high above the bride and groom, and at such a neck-breaking angle, that it was impossible to see much at all. From our lofty vantage points we certainly didn’t spot four year-old pageboy Prince William fidgeting and making faces. The hacks glued to TV screens back in the newsroom, however, did.

PS: The Sunday Times must be feeling pretty pleased with itself. It scooped the world’s fashion press back in March with the news that Kate Middleton had chosen Sarah Burton, creative director of Alexander McQueen, to design her dress. Many poured cold water on the revelation at the time but well done Rosie Kinchen and Tiffanie Darke. You were dead right.

PPS: Thank you Grazia, for my fabulous Anya Hindmarch and Basso & Brooke royal wedding flags. The only downside is that they arrived in today’s post. But what the hell. I’ve put them up anyway..