The uplifting story of the journalist and the Afghan teenager

Published by Emma Lee-Potter in on Thursday 17th November 2011 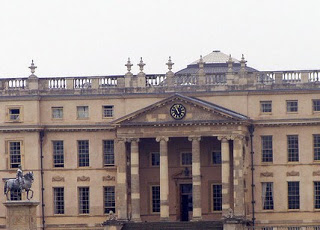 Few people, if any, have a good word to say about journalists these days. As the Leveson inquiry reveals shocking new details about deception, trickery and intrusion in our newspapers, it’s hardly surprising that us hacks are regarded as the lowest of the low. Yet most journalists I’ve come across are honest, hard-working and dedicated to their profession. I don’t know anyone who’s hacked a phone or tricked someone into telling their story against their will. And in amongst the gloom, there are still examples of journalists who’ve gone that extra mile to make a real difference to people’s lives. Jerome Starkey, the Afghanistan correspondent of The Times, is a case in point. I’ve seen his by-line loads of times but until I read his Times 2 feature yesterday I had no idea about the amazing role he has played in helping to transform the life of a young Afghan boy called Najib. Starkey’s and Najib’s paths crossed in Helmand on August 20, 2009. Najib was cycling along an empty street with his younger brother Hamid on the back, when a rocket hit the road beside them. Starkey witnessed the attack but managed to scramble for cover. But Hamid died instantly and Najib was left badly injured. As Starkey wrote in yesterday’s piece: “Neither of us knew it, but that rocket was to entwine our lives. It would propel Najib – the son of an illiterate cobbler – towards unimaginable opportunities that would change his life forever.” Thanks to an American charity, Solace, Najib was eventually flown to the US, but doctors were unable to save the sight of one eye. When he returned to Afghanistan, he threw himself into his schoolwork, aided by an international charity that helps to get talented Afghan students to schools and universities in the US. He and Starkey stayed in touch and earlier this year Najib asked the journalist to help him study in the UK. Thirty-year-old Starkey had no idea where to start but he agreed to email Anthony Wallersteiner, the headmaster of Stowe, his old school (above). The long and the short of it is that after interviewing Najib on the phone, Dr Wallersteiner agreed to award him a sixth-form scholarship, covering the Buckinghamshire school’s £28,000 a year fees. Najib, now 17, moved to Stowe in September and by all accounts has settled in well. Starkey is acting as his guardian and as he wrote at the end of his uplifting piece: “I could almost cry when I stop to think about how far he has come.”