The kindness of strangers: part 3

Published by Emma Lee-Potter in on Monday 14th March 2016 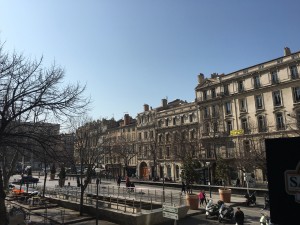 The alarm bells started ringing when my son FaceTimed me from France in the middle of the day.

I usually ring him, not the other way round, and we mostly speak in the early evening – so I knew something was up.

I was right to be worried. It turned out that his bike chain had snapped when he was cycling at top speed, sending him crashing to the ground and damaging his shoulder, arm and leg. He was in pain, ten miles out of the city and his phone had run out of data.

Luckily for him a motorcyclist stopped, checked how he was, rang the emergency services and waited with him till an ambulance arrived and took him to hospital. The upshot was that he was bandaged up, ordered to stop cycling for three weeks and was very fed up. The only thing that cheered him was when he got back from the hospital, read his notes and spotted the words “il parle bien français.”

As for me, I’m full of gratitude to the strangers who looked after my son when he was hundreds of miles from home – to the kind middle-aged motorcyclist and to the understanding ambulance chief who locked his bike in his office till he managed to catch a bus back to collect it.

PS. The kindness of strangers Part 1 is here