The kindness of strangers Part 1

Published by Emma Lee-Potter in on Tuesday 18th September 2012 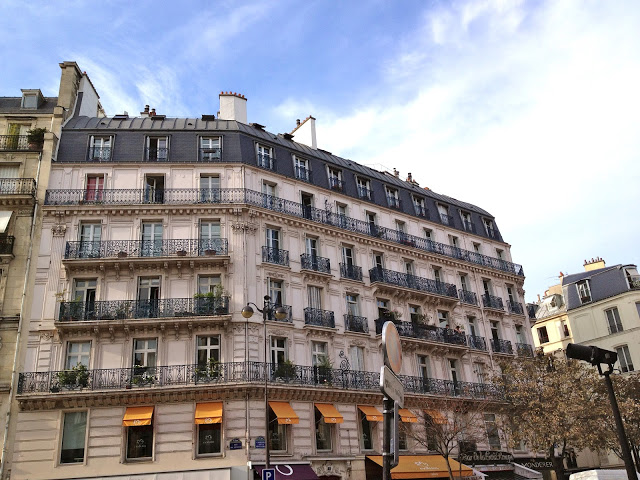 “I can’t believe I’m leaving you in Paris,” I told my daughter as we hugged goodbye on the Boulevard St Germain.

“I’m more worried about leaving you on the metro,” she replied, deftly handing me a train ticket and a bright pink Post-it note with scribbled instructions to Charles de Gaulle Aéroport.

We’d just spent two action-packed days together and it was time for me to head home while she embarked on her new student life in France.

Determined to allay her fears, I strode confidently through the metro gate (getting my suitcase wedged in the barrier in the process) and hopped on the train to Châtelet-Les Halles.

But after that, everything came unstuck. As I waited in vain for the RER (the express train that connects the city centre to the suburbs), I started to panic. My flight was due to leave in 90 minutes time and I was still miles away.

Then suddenly a couple walked past and murmured something incomprehensible. “Je suis Anglaise,” I replied – my default response when I haven’t got a clue. The man replied in faultless English and told me the train to the airport wasn’t running.  We apparently needed to get a train to Mitry-Claye, a place I’d never heard of, then catch a bus.

It sounds ridiculous but I instinctively knew I could trust the pair. I hurried on to the packed Mitry-Claye train behind them and we hurtled through the grey suburbs of north-east Paris together, past places I’d be afraid to walk alone. The man told me he was originally from Cameroon and was on his way home to South Africa from a business conference in the US. He and his wife had stopped off in Paris en route to see friends.

When we finally reached Mitry-Claye I lost sight of them in the melée. As hordes of passengers tore down the platform in search of the airport bus, a few RER staff in red T-shirts apologetically handed us a tiny biscuit each. Not exactly what you’re after when you’re about to miss your plane, but still.

I pushed my way on to the packed bendy-bus, wondering where my new friends had got to. As it pulled away I spotted them standing patiently at the barrier. My bus was full and they’d clearly been told to wait for the next one. I waved like a maniac and mouthed “merci.” I don’t think they saw me…

PS. The kindness of strangers Part 2 is here.