The house where we lived

Published by Emma Lee-Potter in on Saturday 11th May 2013 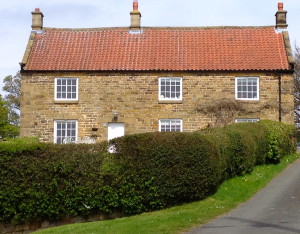 I’ve lost count of the number of times I’ve moved house. My father was in the RAF when I was little and we moved all over the shop. Thetford, Ely, Halton, Epsom, I’ve forgotten the names of half the places where we lived and a few of the schools too.

I didn’t plan it this way but the pattern has continued for my own children. Before we pitched up in Oxford, they’d lived in Camberwell, Lancashire (twice), Orléans in France, North Yorkshire, Northamptonshire and Banbury. I’ve probably overlooked a couple of houses along the way but you get the gist.

Most of the time I don’t believe in looking back and agonising about the number of moves they’ve had. But last weekend we visited the North Yorkshire village where we lived when my daughter was four and my son was two. And for some reason I felt a bit nostalgic. Back then we bought a pretty three-bedroom cottage with a terracotta-tiled roof and stunning views across the fields. The place was a wreck when we bought it so we lived in a holiday let (fondly nicknamed the scout hut because it was one big room with two little bedrooms off it) over the winter while a team of builders brought our house back to life.

When the cottage was finished it was – well, to my mind, anyway – tiny but perfect. It had a black and white tiled floor, cream Aga, restored open fireplaces and two huge, cast-iron radiators that we snapped up for a song. One came from a salvage place in Newcastle, the other from a village hall the other side of Northallerton.

So on Sunday afternoon I stood at the bottom of the hill and gazed at our old house. It looked pretty much the same as when we left it –  same white-painted door, fisherman’s lamp and blue house sign. I could just envisage my daughter dancing to B*Witched in the kitchen and my son whizzing down the garden on his bright yellow plastic digger. Where on earth did that time go?