Published by Emma Lee-Potter in on Wednesday 21st December 2011 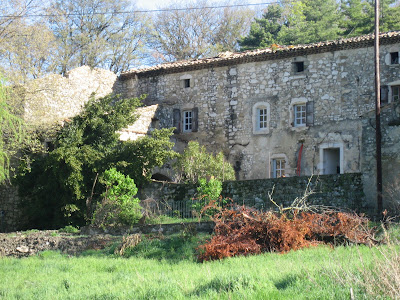 A new report says it’s far better to make decisions on gut instinct than dawdle too much and agonise over what to do.

The research, reported in the Daily Telegraph, issues stark warnings claiming that people who think too much before coming to a decision risk damaging their love lives, careers and even their health.

It’s not the most festive message of the week, I know, but there’s definitely something in it. The speediest decision I ever came to was to buy the House With No Name, my ramshackle farmhouse in the south of France. If I’d spent ages struggling over what to do for the best, I’d never have been brave enough to go ahead.

Actually, the main spur was having an intrepid husband and wildly enthusiastic children who egged me on like crazy.

The first time I’d heard about the place was when one of my dearest friends sent me an email saying: “Beautiful place. Great potential. Most beautiful setting. South-facing, with its back up against a wooded hillside with some ancient oaks. Very old farm with heaps of charm. It has a very good feel to it.”

I’m the weediest person on the planet and much to my horror – and before I’d even set eyes on the place – my husband put an offer in on my behalf. The offer was much lower than the asking price so I naively assumed it would be rejected out of hand by the elderly owner and her four grown-up children. Except, er, it wasn’t.

By the time I pitched up a couple of weeks later to see it, accompanied by the estate agent and the notaire (Uncle Tom Cobley and all in fact), the owners were excitedly making plans to move into a new house with all mod cons in the nearby town. Somehow I couldn’t bring myself to wreck their plans by saying “I’m sorry. This is all a horrendous mistake. I’m catching the next train home.”

So in my case, I took precisely zero minutes to decide to go ahead and buy the House With No Name. And even though my gut instinct took a little bit of persuading, I’m so glad I did.