The day the mayor came round

Published by Emma Lee-Potter in on Tuesday 6th August 2013 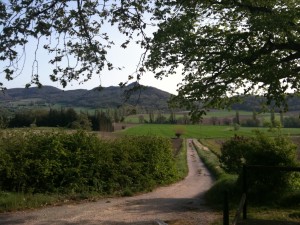 A small white van trundled up the bumpy House With No Name track and parked underneath the plane tree. We all looked at each other in puzzlement. We weren’t expecting anyone and none of us recognised the middle-aged man in khaki shorts and T-shirt clambering out of the driver’s seat.

Seconds later everything became clear. He was the local mayor (albeit without a gold chain) and wanted to say “bonjour” to les Anglais. A neighbour had told him we were at home and he wanted to welcome us to the district. We hurriedly assembled a set of motley glasses and a bottle of fresh orange juice (it was mid morning after all) and sat outside in the sun. Over the next 45 minutes we chatted about everything from the mayor’s goat’s cheese business to the local water supply (a slight stretch for my schoolgirl French). Then he jumped in his van and bumped back down the drive.

Somehow I can’t imagine anything like that happening in the UK. I know our sleepy hamlet is tiny but it was a thoughtful, tres cordiale gesture and made us feel like real locals.

Speaking of mayors, I was impressed by the way London mayor Boris Johnson threw himself into the 100-mile Prudential RideLondon bike race at the weekend. Beforehand he said he rode “at the speed of an elderly French onion seller” and would be happy to complete it in under 12 hours. But on the day he finished in a creditable eight hours 10 minutes. Actually, a friend who spotted Boris at one of the rest stops said the mayor could easily have done it faster but everyone wanted to chat to him along the way.

What puzzled me was his outfit. While everyone else, including my own mamil (middle-aged man in Lycra), was clad in skin-tight cycling gear Boris wore a voluminous Team London T-shirt and baggy shorts. Not exactly stylish, but very typically Boris.