Sticking up for Liz Jones

Published by Emma Lee-Potter in on Sunday 26th June 2011 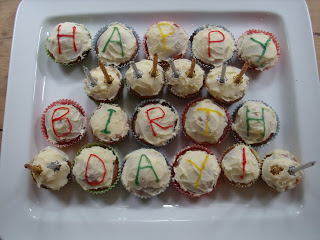 Columnist Liz Jones is a mass of contradictions.

She’s forever complaining she’s broke, yet buys Prada, Bottega Veneta and most recently a top-of-the- range facelift. She splashes out on a rambling Victorian pile on Exmoor, complete with 46 acres, then gets fed up and puts it back on the market, saying: “It’s too big. I’ve got seven bedrooms and six bathrooms and about 400 animals.” She finds the men in her life exasperating, especially ex-husband Nirpal Dhaliwal, but is now canoodling with an ageing rock star. Incidentally, she refers to him as RS but he’s widely thought to be Simple Minds frontman Jim Kerr.

As a result of her foibles (chronicled meticulously each week in You magazine) the 52-year-old writer comes in for more stick than virtually any journalist on the planet.

But even though she’s definitely high maintenance and at times slightly flaky, I’m a big fan. I’ve cut down massively on the Sunday papers over the years (just too much to wade through) but I turn to her page before anything else.

I occasionally get fed up with accounts of her huge menagerie of animals but even so, she writes so well and with such disarming frankness that her diary is a must-read. Apart from India Knight and Caitlin Moran, I can’t think of any other women columnists I can say that about these days.

PS: It was my birthday last week (coughs quickly when asked which one) and my lovely teenagers cooked an amazing family lunch. “I’d love Ottolenghi sort of food,” I told them beforehand, but never thought for a moment that they’d take me literally. My 16 year old son cooked chilled red pepper soup and my 19 year old daughter did roast chicken with saffron, hazelnuts and honey. Afterwards they turned to Nigella and made me these Happy Birthday cupcakes (above). They looked – and tasted – amazing.