Published by Emma Lee-Potter in on Monday 25th February 2013 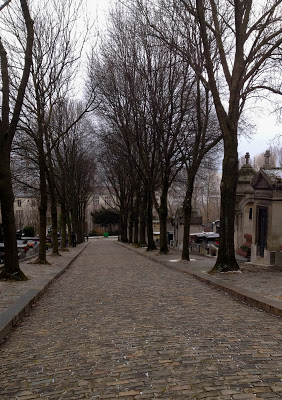 Victoria Beckham looked frozen as she watched her husband make his debut for Paris St-Germain last night. I’ve just spent two days in Paris and I’ve rarely felt so cold. The temperature never lifted above -2 degrees, there was a biting wind and flurries of snow fell all weekend. My daughter wore three jumpers and I kept my Brora fingerless glovesand scarf on indoors and out. We had to dive into cafes every half an hour to stop our teeth chattering. Yet when I glanced at the papers this morning Victoria had stepped off the Eurostar in an unfastened coat, with her ankles bare and no gloves. She’s clearly tougher than the rest of us.

But never mind the cold, Paris is one of the prettiest cities on earth. We stayed at the super-stylish Mama Shelter, which boasts chic rooms, friendly staff, reasonable prices and a great brunch. Even though it’s slightly off the beaten track (in the 20th arrondissement) buses whizz past every ten minutes to whisk you into the centre for the princely sum of two euros – which meant we were at Bastille in fifteen minutes and in the Rue de Rivoli in thirty. As we chatted on the number 26 bus a Paris-based sports journalist from the UK tapped us on the shoulder and said he never usually heard English voices “on this route.” He made us feel like real locals.

Instead of sticking to our usual haunts we decided to visit an area we hadn’t been to before –the Batignolles, where Manet had his studio and artists like Degas, Renoir, Monet and Cezanne used to gather (at the Café Guerbois on the Avenue de Clichy). It boasts a pretty park, a village-like atmosphere and lots of quirky shops and art galleries. My daughter bought a pink hyacinth at the lovely flower shop below – I only hope it survives the winter on her student windowsill.

Mama Shelter is a five-minute stroll from the famous Père Lachaise cemetery so on Sunday morning we headed down the rue de Bagnolet and through the ancient archway. It’s the largest cemetery in Paris and one of the most famous in the world. Among the renowned names buried there are Chopin, Moliere, Proust, Colette, Modigliani, Edith Piaf, Oscar Wilde and Jim Morrison. Not surprisingly, with a total of 69,000 tombs at the cemetery, a map is essential.

Actually, a snowy Sunday morning in February was definitely the time to visit this historic graveyard. A distant church bell tolled solemnly and the pale grey sky gave it a gothic, rather eery air – like something out of a Balzac novel in fact. Actually – and rather appropriately – he is buried there too. 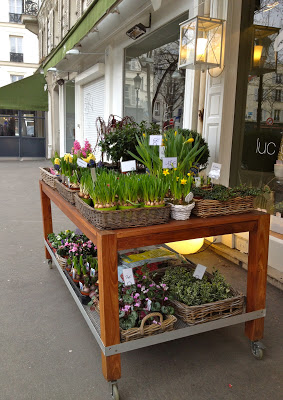