Pyjamas – what not to wear at the school gate

Published by Emma Lee-Potter in on Sunday 20th November 2011 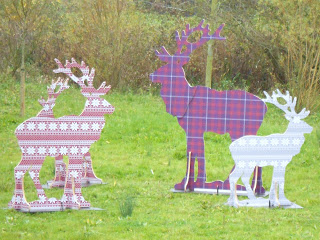 Mornings have never been my strong point. In the days when I took my daughter to the bus stop soon after 7am I used to rush out looking like I’d been pulled through a hedge backwards, without a scrap of make-up and my hair unbrushed. I’d then dash into Sainsbury’s to buy the papers and hope I didn’t scare the cheery man on the till or, horror of horrors, bump into someone I knew. My lackadaisical approach wouldn’t go down well in London’s Notting Hill, where yummy mummies like Elle Macpherson and Claudia Schiffer swear by glossy hair, immaculate make-up and high heels at the school gate. If you don’t wear the right outfit, some mums have warned, your children might not get invited round to play by their friends. My teenagers are fiercely independent now but even when they were younger they were appalled if I ever tried to escort them into the classroom. But at least I didn’t have to worry what I looked like. I cheered up no end when I realised I was a lot more appropriately dressed than parents doing the school run in some parts of the country. Why? Because at least I was dressed. A couple of years back the head of one UK primary school was so appalled at the number of parents arriving in their nightwear to drop off their children that he appealed to them to show a little more respect. Known as the “pyjama mamas,” some were turning up in baggy pyjamas and slippers while others sported dressing gowns and curlers. As the head wearily told his local paper: “People don’t go to see a solicitor, bank manager or doctor wearing pyjamas so why do they think it’s OK to drop their children off at school dressed like that?” PS: On the subject of night gear, a report in yesterday’s Daily Telegraph said millions of us stay in our pyjamas till midday on Saturdays. And shock horror, four out of ten sometimes go the whole day without getting dressed. I’m guilty of the first (not the second), but I’ve got one question. Does the Telegraph know that pyjamas are all the rage as daywear these days? Fashion designer Stella McCartney included a rather fetching paisley pair in her spring/summer 2012 collection while the likes of Celine and Louis Vuitton have featured them on the catwalk too. So don’t assume that the woman wearing pyjamas in the supermarket has just stumbled out of bed. She could be the most fashionable person in town. PPS: I couldn’t resist these gorgeous tartan reindeer (above) I spotted at Bicester Village. They’re the best Christmas decorations I’ve seen by far this year.