Parking and coffee – the French way

Published by Emma Lee-Potter in on Monday 13th February 2012 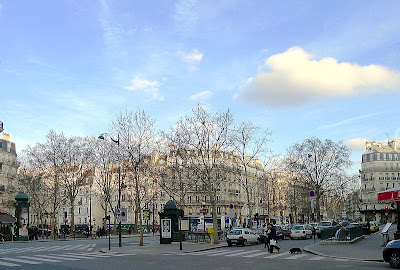 I thought I was clued up about France, but thanks to Michael Wright and his brilliant C’est la folio column in the Daily Telegraph I’ve just discovered something new.

Apparently, if you invite French guests to dinner they will always turn their car around when they arrive, ready for a neat, speedy getaway at the end of the evening.

It’s a brilliant idea – and one my mother took up years ago. She got so fed up with the embarrassment of doing a complicated 36-point turn as her hosts watched that she hit on the idea of always parking her car with the bonnet facing in the direction of home.

I started copying her example after I had lunch with friends in Northamptonshire. They had a very narrow driveway and as I reversed gingerly out, I suddenly saw that their smiles and waves had turned to frantic gestures and looks of horror. But too late. I backed straight into a bollard on the pavement in front of their very eyes, destroying my bumper and most of the bollard in the process…

PS. Michael Wright also pointed out that nobody in France puts milk in their coffee. It just isn’t done. In fact if you even dare to order a café crème after midday in France you’ll get a withering look. It must be a petit café or an espresso. Nothing else will do. In similar vein, if you ask for a “well done” steak you’ll get very short shrift. I once asked for my steak to be “bien cuit” in a chic brasserie in Paris (above). The waiter looked surprised and seconds later the chef, in his cooking whites, stormed out of the kitchen and shouted his head off at me for daring to ask for such a thing. “Not in my restaurant,” he yelled at the top of his voice.