Published by Emma Lee-Potter in on Tuesday 6th January 2015 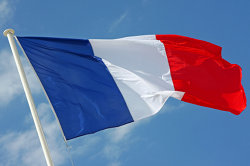 David Miliband has admitted in a Vogue interview that he misses Britain and that absence has made his “heart grow fonder.”

His words instantly struck a chord with me because it’s not until you go and live in another country that you appreciate the merits of the place you left behind.

That’s exactly how I felt when we uprooted to the French city of Orléans, on the banks of the Loire, 18 years ago. My husband was offered a job working for a scary Australian tycoon who’d snapped up a French business and wanted a bilingual manager to run it. It sounded hugely exciting so we threw caution to the wind and moved across the Channel.

It turned out to be a fascinating year – but a hard one too. We rented a house near my husband’s office and enrolled our four-year-old daughter at the local école maternelle.

It should have been great but I was desperately homesick. So was my daughter, who suddenly found herself transported from a reception class in Blackburn to a school where she was the only non-French speaking child. It took her a whole term to pluck up the courage to say “bonjour” to her teacher and she was perplexed by the loopy writing all French children learn. She was even more stunned by the fact that after lunch her whole class had to take a nap on the floor. “And one boy even takes his dummy,” she told me indignantly.

I missed my mum, British newspapers (this was in the days before everything was online) and good supermarkets. The small local shops were brilliant, especially the boulangerie, but the giant supermarkets weren’t a patch on Sainsbury’s and Tesco. Not only that, you were liable to be run over by small children tearing up and down the aisles with toy shopping trolleys (you get them in the UK now but I’d never seen them before we moved to Orléans).

Ten months later, when we were just starting to settle in and make friends, the scary tycoon changed his mind about my husband’s project and called time on his job. We moved back to the UK and took up where we’d left off – older, wiser and a bit better at speaking French.