Published by Emma Lee-Potter in on Thursday 26th September 2013 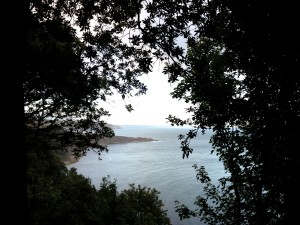 In the past I’ve been far too blasé about moving house.

So it was about time I got my comeuppance. And I have – big time.

We’ve just moved from Oxford to Dorset, and it’s been utter hell.  In our first week by the seaside we’ve had a gas leak, a power cut and no sign of broadband any time soon. We’ve got no curtains, no lampshades, no TV and, until yesterday, no fridge. Worst of all, my son’s beloved bike fell off the car roof as we drove out of Corfe Castle at 40mph (at least no one was hurt) and it didn’t come off well. To put it bluntly, his trusty bike, which has taken him up blistering Mont Ventoux and from London to Paris in 24 hours, was a complete write-off.

I’m ashamed to say that I haven’t coped well with any of this. Every couple of hours I turn to my children and wail “why on earth did we move?” I know the answer of course – we moved because my husband’s job is on the south coast and since I can work anywhere it made sense to relocate. But despite uprooting scores of times before I’d forgotten how stressful moving is. I’ve spent hours on the phone to TalkTalk (please fix the broadband soon), unpacked thousands of books and made about a million trips to the tip. I thought we’d decluttered before we moved – but we’ve barely touched the surface. Mind you, our nearest tip in Dorset is the best ever. It’s brilliantly organised, immaculate and there’s a section where you can ditch furniture that other people might find useful. The trouble is that I have to wilfully restrain myself from leaving with more stuff than I arrive with.

On the plus side, moving back to Dorset, the place where I grew up, is bliss. I can see the sea from my office, we’ve got a proper garden for the first time in years and we’re doing my favourite clifftop walk at the weekend (with a picnic, of course). Best of all, I’ve just discovered a café ten minutes’ walk away that does a brilliant flat white. Some city habits die hard…