Published by Emma Lee-Potter in on Sunday 13th January 2013 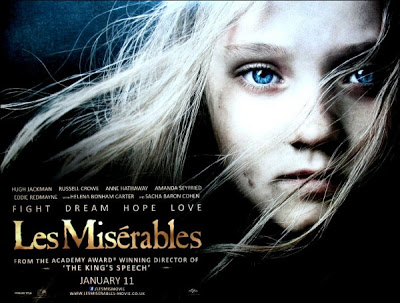 I’ve been longing to see the movie of Les Misérables since last spring, when I unexpectedly stumbled on to the film set during a visit to Greenwich. With filming due to take place the following day, I couldn’t quite work out how the giant stone elephant and extraordinary pile of old wood, furniture and rubbish the crew had built next to the Old Royal Naval College would look in the movie.

Well now I know – because the film is out in the UK and I foolishly went to see it with my husband at the weekend. I say foolishly because a) I can’t think of a single film we’ve both liked (I’m keeping my fingers crossed for Lincoln) and b) he hates musicals.  But he sweetly went along with my Les Mis plan – and apart from the moment when he whispered a bit too loudly “Oh God, he’s not going to snuff it, is he?” didn’t complain too much.

So what was our verdict? You won’t be surprised to hear that my husband loathed it. As for me, I thought parts of it were stunning, but at 157 minutes it is way too long and I’m sorry, but the Old Royal Naval College does notlook like 19th century Paris.

The best bits of the film, I reckoned, were Anne Hathaway’s touching I Dreamed a Dream, the comic pairing of Sacha Baron Cohen and Helena Bonham Carter as the evil innkeeper and his wife (their performances veer slightly towards panto, but are very funny), Samantha Barks as Eponine (she gives a wonderful performance of On My Own) and child actor Daniel Huttlestone as Gavroche (who steals every scene he appears in).

The Tom Hooper-directed film has won three Golden Globes – and been nominated for nine BAFTAs and eight Oscars, including Best Picture Award, Best Actor (Hugh Jackman) and Best Supporting Actress (Anne Hathaway). Some critics have given it ecstatic, five-star reviews, although others have been less enamoured. But on Saturday night in Oxford the audience (apart from my husband) clapped wildly at the end.  I’ve never seen that happen at the cinema before. 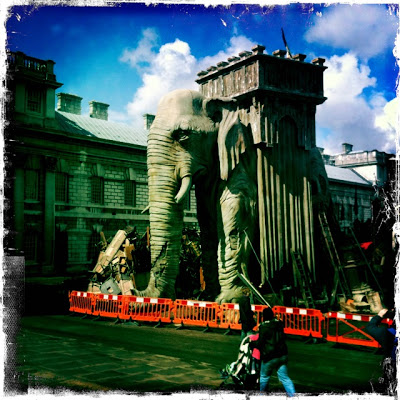