Published by Emma Lee-Potter in on Tuesday 11th December 2012 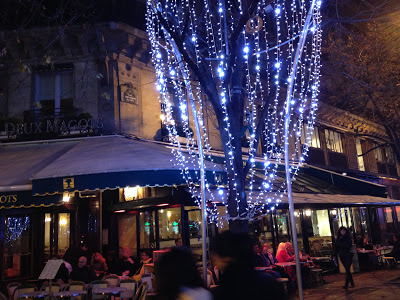 The hall’s full of bike bits, there’s a ton of washing (make that two tons) scattered across the floor and a well-thumbed copy of The Cyclist’s Training Bible is propped up on the kitchen table.

It can only mean one thing. Yes, my son’s back from his first term at university and I couldn’t be happier. I don’t know why, but I was worried he might be different. But he isn’t. He’s a bit skinnier (too much cycling by half), but he hasn’t changed a bit.

And sweetly, he is pleased to be home for the Christmas holidays too. The novelty of doing all his own shopping, cooking and washing seems to have worn off pretty fast and now he’s thrilled to open the kitchen cupboard and discover stuff he always took for granted before. Like bread, biscuits and his favourite Krave cereal.

Actually, for the last week of term he existed on a diet of lentils and rice. His credit card got nicked at a club and the bank said it would take up to ten days for a new one to arrive. He managed fine, going into the bank on campus to take money out every day. Except everything went wrong last Sunday night, when he staggered in from a 60-mile bike ride and realised he’d completely run out of cash. Worse still, the cupboard was bare and none of his flatmates were around to borrow from.

So he rang me. The only problem was that I was in Paris for the weekend, staying with my daughter. I panicked, wondering what the hell to do. And then my daughter hit on a bright idea. “I know,” she said. “We’ll order him a pizza.” And so that was how the pair of us, sitting in her flat on Paris’s chic Left Bank, found ourselves busily (and incongruously) hunting for a Domino’s in South Wales.

But guess what? It worked. Within 20 minutes flat, my hungry son was tucking into a Pepperoni Passion. Result!