From intrepid reporter to chronic worrier

Published by Emma Lee-Potter in on Thursday 29th March 2012 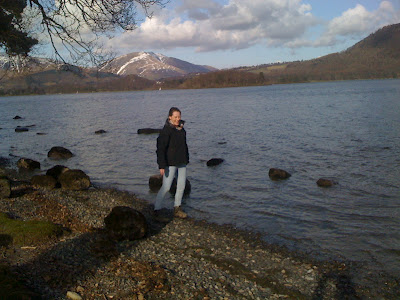 What on earth has happened to me? I’ve trekked across the Masai Mara to discover who murdered a beautiful young woman in the prime of her life, stood on the doorsteps of drugs barons and murderers and covered court cases that gave me nightmares. Yet, here I am having sleepless nights over the slightest things.

The bottom line is that I need to give myself a firm talking to – and stop all this worrying nonsense. I was thrilled a couple of weeks ago when Yummy Mummy? Really? asked me to write a Mother’s Day meme. As I said at the time, I didn’t have a clue what a meme actually was but once I’d worked it all out I jumped at the chance. Anyway, one of the questions was “what’s the hardest thing about being a mum?”

Without even thinking I wrote the following. “Worrying. I always reckoned being a mum would get easier as my children got older, but now they’re almost grown up I worry about them even more.”

I didn’t bat an eyelid as I typed the words but reflecting in the cold light of day I realised I was on to something. The carefree girl I once was has turned into a worrier of the first order. For goodness sake, I worry about everything – from my teenage son’s scary bike antics to his dreaded exams to the fact that my daughter’s currently living it up in Berlin with friends. It all sounds wonderful, except she’s staying in a youth hostel dormitory with people she doesn’t know.

I’ve met lots of fantastic bloggers online recently, most of them years younger than me and many with babies and toddlers to look after. As I read about their chronic lack of sleep and how on earth you ever find time for yourself and looking chic on the school run I’m torn in two. I feel half relieved that my 24/7 parenting days are over and half nostalgic for those far-flung times. I made a right meal of them but the truth is that I don’t think I worried quite as much then as I do now.