Published by Emma Lee-Potter in on Friday 17th May 2019 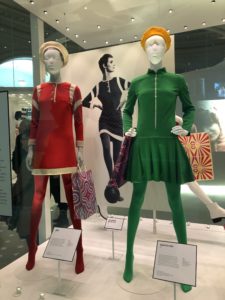 It was the sort of mistake we all dread making.

A diner at a Manchester restaurant was so impressed by the delicious bottle of red that he immediately ordered the same again. Only then did the waitress realise that she had accidentally served the most expensive bottle on the wine list – a £4,500 Chateau Le Pin Pomerol 2001.

Fortunately her boss took it remarkably well. “She’s a great employee so I’m not annoyed,” he said.

His sanguine attitude got me to thinking about the blunders I’ve made over the years – and there have been loads.

My first-ever holiday job was as a waitress at a small seaside café in Dorset. I was pretty clueless and had no idea what I was doing. During my first week a regular came in and ordered fish and chips. I served the order and she immediately asked for some tartare sauce on the side. I’d never even heard of tartare sauce so I just grabbed a bowl of creamy looking mush, which she liberally added to her plate. Within seconds she ordered me back to her table with a roar of rage, aghast at what she’d just eaten. It turned out that I’d mistakenly given her horseradish sauce and her mouth was on fire. My boss was absolutely furious but he gave me another chance.

I wrote about another clanger in my journalism textbook, Interviewing for Journalists. As a young feature writer on Woman’s Own magazine I did a phone interview with an American woman who had recently started an exercise class for plus-size men and women. “‘What is the class called?’ I asked. ‘Big, Beautiful and Thick,’ she said. I thought it sounded odd but noted the name down all the same. On the day the piece was published the irate woman rang (very justifiably) to complain. ‘The group is called ‘Big, Beautiful and Fit,’ she yelled down the phone.” It still makes me feel slightly queasy to think about it.

As I wandered round the Mary Quant exhibition at London’s V&A I could hear people in their fifties and sixties going into raptures at the gorgeous mini dresses, zingy pinafores and shiny macs on display. “I always wanted a pair of white PVC boots like that,” one woman said wistfully.

Amazingly, the designs look as fresh and timeless now as they did in the sixties and seventies. I remember my mum buying Mary Quant clothes and make-up but the one thing that me and my sister coveted above all was a bright yellow make-up tin with the iconic daisy design on the lid and chubby crayons inside. How we longed to be grown-up enough to have a make-up box like that.