Published by Emma Lee-Potter in on Wednesday 6th June 2012 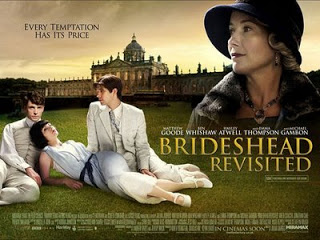 Just before nine each morning I spot hordes of anxious-looking students hurrying along the pavement below my office.

It’s exam time in Oxford and the undergraduates are on their way to the exam hall up the road. The Starbucks round the corner is full of them, all drinking endless cups of black coffee and poring over closely-typed revision notes. Forget the old saying about policemen seeming absurdly young as you get older. As far as I’m concerned, these students look about 12.

While students at other universities (my daughter included) can wear whatever they like to sit their exams, it’s different in Oxford. Here they look like they’ve come straight off the film set of Brideshead Revisited. They all wear distinguished black academic gowns, the men in dark suits and white bow ties, the women in short black skirts and white shirts. For some reason, I’m not sure why, they sport carnations in their buttonholes – white for their first exams, red for their last and pink for all exams in between. I’m not a huge fan of carnations as a rule but the students cut a real dash in them. And one thing’s for sure, the local florist must be doing a roaring trade.

PS. The best news to come out of the Hay Festival this weekend was Ian Rankin’s revelation that a new Rebus novel, Standing in Another Man’s Grave, will be out in November. Rankin had hinted as much at the Oxford Literary Festival earlier in the year when he said he felt a sense of “unfinished business” about Rebus. But to have it confirmed is a treat. Like millions of loyal Rebus fans, I can’t wait to read it.