Dreaming of a second-hand 2CV

Published by Emma Lee-Potter in on Tuesday 19th April 2011 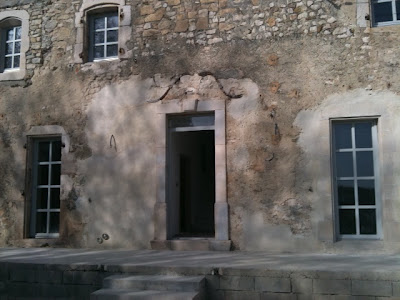 Slowly, slowly, the French farmhouse I bought on a mad whim back in 2006 is coming back to life. My husband and children always promised it would but, being a wimp, I had my doubts. We still haven’t managed to sleep a night there yet, but the tumbledown six-bedroom wreck with half a roof, terrible damp problem and bathroom inhabited by a plague of rats is looking – and I never thought I’d say this – well, rather beautiful.

The rats are long gone and the clever architect friends who are renovating the house have replaced the hotch-potch of windows with elegant pale grey ones. They’ve designed a new roof, built steps from the terrace to the front door, restored the stone staircase from the ground to the first floor and transformed the dingy downstairs kitchen and salon into stunning, light-filled rooms with domed ceilings.

Instead of wanting to run a mile from the place, I now want to spend as much time there as possible. My student daughter, keen to perfect her French, is even making plans to buy a second-hand 2CV and decamp there for the whole summer.

Progress is coming along at such a pace that when we visited the house last week, we decided to brave the new Avignon branch of IKEA to buy a kitchen and bathroom. I can report, by the way, that shopping in a French IKEA is just as horrendous as visiting a UK one. The upside is that we’ve added an impressive number of new words, from poignets and robinets to lave-vaisselle, to our French vocabulary. The downside is that we’ve got to go back again in the summer to buy a fridge.