Christmas in the Lake District

Published by Emma Lee-Potter in on Wednesday 28th December 2011 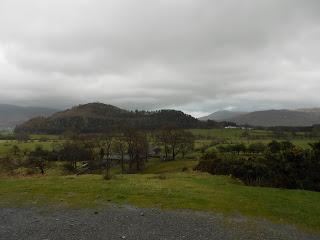 As we ground to a halt on the motorway for the umpteenth time I began to wonder whether our Christmas trip to the Lake District was worth it. The journey should take four hours but in 20 years of visiting the place we’ve never managed it in less than six. We usually arrive in a filthy temper at midnight and swear we’ll never do it again.

This was the first Christmas we’d ever spent at my in-laws’ holiday let in the Newlands Valley so it was a bit of an experiment. On the plus side the farmhouse has been done up in the last couple of years and boasts lovely White Company linen, an Aga and a massive roll-top bath with stunning views over the valley (have you ever seen such a great outlook from a bath? No, me neither.) On the minus side, the weather is often dire, with grey skies and sideways rain, and there’s no WiFi. 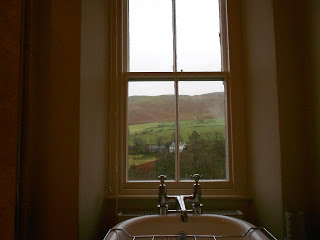 But we had four blissful days. I panicked slightly the first morning when I realised I’d forgotten to pack my children’s treasured Christmas stockings. I know they’re 20 and 17 but they still hang stockings up on Christmas Eve. I rushed into Keswick to look for replacements but couldn’t find anything. Then the lovely Emma at Temporary Measure in Main Street suggested using two of her printed canvas bags instead. What a brilliant idea – far more chic than stockings.

The highpoint came after lunch on Christmas Day when we set off on my favourite Mrs Tiggy-Winkle walk. As we meandered along the foot of Catbells and Maiden Moor we barely saw anyone, apart from a few hardy Herdwick sheep.

It’s a route that Beatrix Potter knew like the back of her hand. Although she lived further south, at Hill Top Farm in the village of Sawrey, she often stayed at Lingholm, a massive pile on the shores of Derwentwater. She was walking along the Newlands Valley when she met Lucie Carr, the local vicar’s daughter, and later wrote The Tale of Mrs Tiggy-Winkle for the little girl, complete with sweet drawings of Skelgill Farm and the isolated village of Little Town.

Despite the howling wind (so strong that it lifted me off the ground), the walk was as lovely as ever. As dusk fell, all we could see across the valley was the soaring peak of Causey Pike and the twinkling lights of Little Town in the distance. Mind you, we got our come-uppance for setting off so late when we staggered back up the hill in the dark, the night-time silence punctured by shrieks (mostly mine) as several of us went splat in the mud. But it didn’t matter a jot. A few minutes later we were back by the log fire, with festive glasses of champagne in our hands and a toast to Christmas 2011. 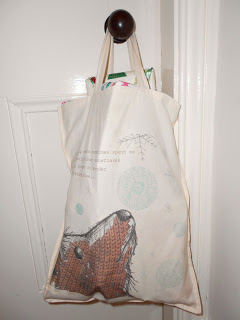