Can you have too much of a good thing?

Published by Emma Lee-Potter in on Friday 29th March 2013 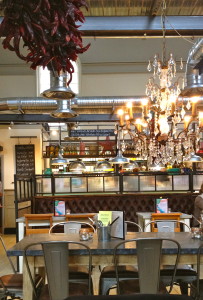 A few years back it would have been impossible to believe that The X Factor might one day lose its shine. I was completely hooked on the show and spent every Saturday night gripped by Simon Cowell’s acid comments to the wannabe stars. By the rival judges at each other’s throats, the contestants’ dazzling white teeth (apparently Cowell’s team always insists the young hopefuls get their gnashers whitened) and the crazy choreography.

But times change and our reality TV obsession seems to be waning. Viewing figures for the last series of The X Factor were down and this week only one contender turned up to sing in the first hour of auditions. Quite a contrast to last year, when more than 100 people showed up to sing at the same audition in Colchester, Essex.

But maybe it isn’t so surprising. Why? Because unlike the old saying, I reckon you most certainly can have too much of a good thing.

As a child I used to buy an Enid Blyton book every single week (they cost two shillings and sixpence each – my entire pocket money) and I thought I’d never tire of them. But one day I woke up and realised I wanted to read something else. The same goes for my past obsessions with Starbucks coffee frapuccinos, Converse trainers (if Phoebe Philo swears by New Balance sneakers that’s what I‘m getting), Mary Wesley novels and even my subscription to Vogue.

I’m clearly not the only one. For picnics I always used to pack wholemeal rolls, baked in the oven with cheese, tomato and a dash of mustard and wrapped in tin foil to keep them piping hot. It was an idea of my mother’s and just the thing for bracing seaside picnics. In fact they were so delicious that my husband even took them when he competed in the Tour de Trigs, a gruelling 24-hour orienteering hiking competition through the wilds of the Oxfordshire, Warwickshire and Northamptonshire countryside. The rolls kept him going through the wind and the rain – but the only trouble was that when I next made them he took one look and groaned: “I could never face eating one of those ever again.”

Like I said, even the best things have a shelf life…

PS. My new obsessions are the Draw Something app, Broadchurch, The Body Shop’s Vitamin E Intense Moisture Cream  and Bill’s (above) in Oxford. Part of a rapidly expanding chain, the Oxford branch opened a week ago and I’ve already been three times – twice for coffee and once for lunch.