Behind the black door

Published by Emma Lee-Potter in on Monday 4th April 2011 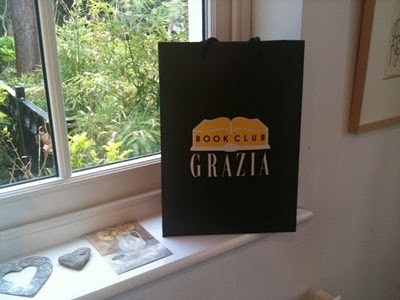 As book clubs go, Grazia’s must be one of the starriest. The event, held at Waterstone’s in Piccadilly, boasts champagne, cup cakes, goody bags and celebrity guests.

When Emma Freud interviewed Sarah Brown about her newly-published Behind the Black Door this month, the audience included the likes of actor Bill Nighy, Four Weddings and a Funeral creator Richard Curtis and Grazia editor Jane Bruton. I was mesmerised by Nighy, chic in his thick-rimmed black specs and far taller than I expected, while my teenage daughter only had eyes for Jane Bruton’s sky-high leopard-print heels.

Many of Sarah Brown’s revelations – from how she got a rabbit belonging to the children’s entertainer she booked for her son Fraser’s birthday party into Number 10 without having to go through the security scanners to her wry comment that it didn’t really matter what she wore when she stood next to supermodel Carla Bruni – have been widely reported already. But it was fascinating to hear her talk about the book – and hard to believe that she used to be terrified of public speaking. Consummate PR professional that she is (she ran her own PR outfit for years before marrying Gordon), she came across as cool, unflappable and ultra-discreet. The sort of best friend we’d all like to have really.

Tall and statuesque in a stylish brown dress, she admitted she’s not a “shout-ty” person, that her favourite book is Kamila Shamsie’s Burnt Shadows, her favourite film The Social Network and her guilty pleasures “a glass of wine, chocolate and Glee.” Oh, and I’m not sure how convincing this is, but her favourite rapper is P. Diddy!

Behind the Black Door is published by Ebury Press, price £18.99.