A year in Paris

Published by Emma Lee-Potter in on Thursday 30th May 2013 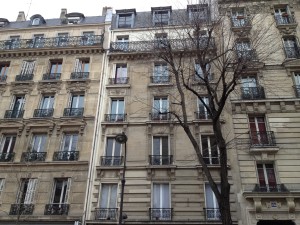 Not long to go now. After a year in Paris studying at the Sorbonne my daughter will be home in two weeks time – and I can’t WAIT to see her.

The last 12 months have been an amazing experience for her – and I’ve enjoyed it vicariously, via emails, texts, very long Skype calls and yes, quite a few trips across the Channel. And one thing is for sure, after a year of sitting in history lectures and seminars alongside third-year Sorbonne students, writing essays about Louis XIV and taking endless exams, her French is top notch. And as for setting up a French bank account, negotiating a phone contract and finding an apartment, well, she took all that in her stride too.

There’s no doubt that studying abroad is one of life’s formative experiences. The Duchess of Cornwall clearly looks back on the six months she spent in Paris as a teenager with huge fondness. And very bravely, when she visited the French capital this week (her first solo royal trip abroad), she had the confidence to make a speech in French.

On the Eurostar earlier Camilla had admitted to fellow passengers: “I haven’t spoken French since I was 16 and I wouldn’t even say it was basic. But they have somehow persuaded me to give a speech in French. It has taken years off my life, I can tell you.”

I’m a fan of Camilla’s – she seems genuine, kind and good fun – so I’m pleased to say that she got through her speech absolutely fine and didn’t fluff her words. She could probably do with another six months in Paris to polish her (very English) accent but hats off to her for giving it a go.

PS. My first novella, Love’s Hurdles, is FREE on Amazon today. Originally published as Olympic Flames, it has a brand new title, brand new cover and is available here.