A December weekend in Paris

Published by Emma Lee-Potter in on Wednesday 5th December 2012 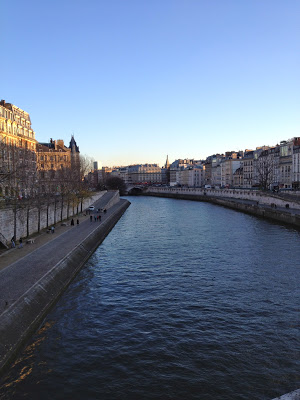 As regular readers will know, my student daughter is at university in Paris this year. She’s settled into a flat on the Left Bank and, three months on, her French is pretty fluent. She says she still sounds English but that’s hardly surprising. Unless you’ve spoken French from the age of two or three it’s impossible to sound completely français.

I’m trying not to be a clingy parent, I really am, but I’d been counting the days till I could whizz across the Channel to stay with her. I booked a Eurostar ticket weeks ago (£99 return) and, finally, the big day arrived.

Paris has always been one of my favourite cities and December is the perfect time to visit. The Boulevard St Germain twinkled with chic white lights, a team of carpenters was busy building white wooden huts for the annual Christmas market and the shop windows were a vision of festive loveliness.

With temperatures dipping towards zero (I’m SO glad I delivered my daughter’s duffle coat – she really needed it), we spent loads of time catching up in Paris’s brilliant cafés.

My favourite place for breakfast was a tiny bakery (below) in the rue de Buci (6e). It’s called, quite bizarrely, The Smiths. When we asked the waitress why, she explained that the architect was a huge fan of the band and named it after them. But Morrisseyapart, The Smiths sells a café crème, croissant and orange juice for 5.5 euros, which seems pretty good value. The French are clearly a hardy lot because even though it was freezing lots of people were sitting at tables outside. Luckily, The Smiths, like most other cafes, supplies blankets on the backs of chairs so you can wrap up warm as you sip your coffee. 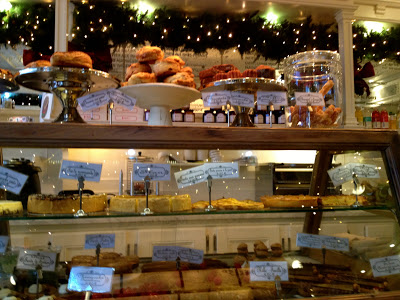 Meanwhile the Rose Bakery is brilliant for lunch. Rose Carrarini (author of the fabulous cookery book, Breakfast Lunch Tea) co-founded Villandry in London in 1988 and later went on to open the Rose Bakery, an Anglo-French bakery and restaurant in Paris. Some people were sceptical about how the French would take to a menu featuring cakes, scones and brownies, but it was a roaring success. Ten years on, there are three branches in Paris, as well as others in London, Seoul and Tokyo.

When we arrived at the branch in the Marais (30, rue Debelleyme, 3e) the queue stretched the length of the narrow restaurant and spilled out on to the pavement. Within 20 minutes though, we got a table and happily sat down to lunch. Everything is kept simple – with brown paper laid on the table, hunks of warm wholemeal bread and huge carafes of water. The only tricky moment comes when you have to choose what to eat – it all looks (and tastes) delicious. 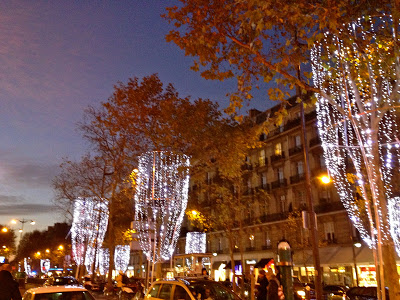