Published by Emma Lee-Potter in on Tuesday 5th April 2011 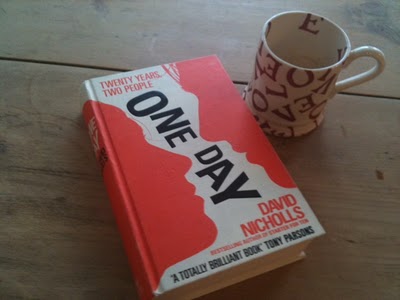 “If you’re after a brilliantly-written love story that never slides into sentimentality, David Nicholls’s One Day is just the ticket. Nicholls trained as an actor before switching to writing – his first novel, Starter for Ten, was made into a film starring James McAvoy and Rebecca Hall and he wrote the recent TV adaptation of Tess of the D’Urbervilles. His third novel is a funny ‘“will they, won’t they?’” romance tracing the relationship between university friends Emma Morley and Dexter Mayhew on the same day each year for 20 years. I read this book in one delicious go and it did everything a novel should do. It made me laugh, it made me cry and it made me think. Don’t miss it.”

That’s what I wrote when I reviewed the hardback of One Day soon after it was published in 2009 – and I stand by every word. In the intervening years, the book has become a bestseller, largely through word of mouth. It’s sold 650,000 copies in the UK alone, been translated into 37 languages and the film version, adapted by Nicholls himself and starring Anne Hathaway (some One Day devotees aren’t convinced by her casting as the awkward, insecure Emma) and Jim Sturgess, is due out in the autumn.

In a giant, wind-buffeted marquee at the Oxford Literary Festival this week David Nicholls told a packed audience how he came to write One Day. He attended the same sixth form college as Colin Firth before going on to study English and drama at Bristol University. After eight years in the theatre, largely, he said, working as an understudy, he switched to writing screenplays and novels. Modest and self-deprecating, he claimed he wasn’t sure if “I gave up acting or it gave me up” and that the success of One Day, his third book, had come as a “huge surprise.” He found inspiration, he revealed, in a passage from Tess of the D’Urbervilles, an interest in looking at the way our lives change between the ages of 20 and 40 and a determination to write a “different” kind of love story.

More recently he’s been writing a screenplay of Great Expectations, his favourite novel, but he’s now begun to work on ideas for his eagerly-awaited fourth book. I, like thousands of other One Day fans, can’t wait.